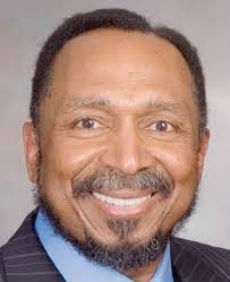 He practiced law for 15 years in Boston, and later devoted his full time to ministry. His first book, “Ten Commandments to an Extraordinary Life” was published in 2008. His second book, “America the Beautiful – Reflections of a Patriot Descended from Slaves” is scheduled for release later this year.

He founded the Exodus Faith Ministries, a non-denominational church in ChesapeakeVA.and is the founder of S.T.A.N.D. – Staying True to America’s National Destiny, a national grassroots organization dedicated to restoringAmerica’s Judeo-Christian heritage and values. Bishop Jackson has been active in numerous businesses, political and spiritual endeavours throughout his life. His articles have been published nationally and internationally. He has been seen and heard on FOX News’ The O’Reilly Factor , Your World With Neil Cavuto and Megyn Kelly’s America Live, ABC’s Good Morning America, ABC’s Politically Incorrect, Hardball with Chris Matthews, C-Span’s Washington Journal, ABC Radio Network, National Public Radio and many other media outlets.

Most recently, E.W. Jackson ran for the Republican nomination for the U.S. Senate in Virginia.

In recognition of his national ministry leadership, he was consecrated a Bishop in 1998. He and his wife have been married for forty years, have 3 children and have resided in Chesapeake for 13 years.