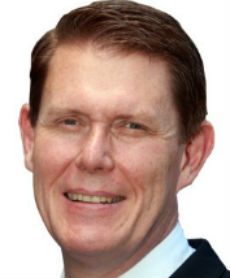 Dr Mark Durie is a theologian, human rights activist, Anglican pastor, a Shillman-Ginsburg Writing Fellow at the Middle East Forum, and Adjunct Research Fellow of the Center for the Study of Islam and Other Faiths at Melbourne School of Theology. He has published many articles and books on the language and culture of the Acehnese, Christian-Muslim relations and religious freedom. A graduate of the Australian National University and the Australian College of Theology, he has held visiting appointments at the University of Leiden, MIT, UCLA and Stanford, and was elected a Fellow of the Australian Academy of the Humanities in 1992.

Dr. Durie and William Murray, chairman of the Religious Freedom Coalition, have briefed congressmen and Senators on Capitol Hill on the persecution of religious minorities in majority Islamic nations. Dr. Durie frequently visits the United States on lecture tours and has intimate knowledge of the current situation of Iraqi and Syria Christian refugees because of his many contacts in the churches in those areas. He is the author of the highly recommended The Third Choice which details the three choices given to non-Muslims in a Sharia based state: Conversion, the sword, or the dhimma pact of surrender to Islam.