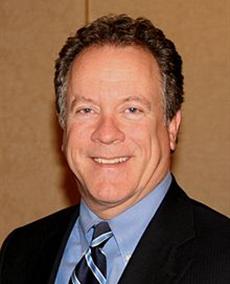 DAVID M. BEASLEY was born in Lamar, South Carolina. He attended both Clemson University and the University of South Carolina, receiving his bachelor’s degree from the latter institution in 1979 and a law degree from the University of South Carolina Law School in 1983. He served in the South Carolina House of Representatives from 1979 to 1992–as Majority Whip from 1985 to 1986, Majority Leader from 1987 to 1988, and Speaker Pro Tempore from 1991 to 1992. Beasley’s gubernatorial administration focused on economic development, welfare reform, crime, prison reform, and education. Pro-business initiatives, including the Enterprise Zone Act of 1995, resulted in more than $11 billion in capital investments and the addition of 50,000 jobs in South Carolina. The Family Independence Act of 1995 placed general time limits on benefits to welfare recipients and made job training mandatory. With respect to education, Beasley’s agenda included implementation of a statewide educational technology plan, increased teacher pay, ad higher levels of standards ad accountability.

In 1998, he was defeated for reelection to a second gubernatorial term. The following year, he was a Fellow at the Institute of Politics at Harvard’s Kennedy School of Government. In 2002, then-Secretary Tommy Thompson of the U.S. Department of Health and Human Services named Beasley Chairman of the National Advisory Committee on Rural Health, which advises the Secretary on health issues affecting rural communities.

In 2002, Governor Beasley led a twenty-one person delegation focused on economic development to Tunisia. In 2003, he received the prestigious John F. Kennedy Profile in Courage award. In April, 2005, Governor Beasley, along with long-time friend and Chief Legal Counsel in his administration, Henry L. Deneen, incorporated the Center for Global Strategies, Ltd (CGS). CGS is focused on developmental initiatives in the non-integrated world. Currently, Governor Beasley serves as its Chairman of the Board.