Christmas for Refugees Goals Being Met

Full funding for Lebanon achieved!  – A great big thank you to all of the supporters of the Religious Freedom Coalition who have helped with the Christmas for Refugees program! Funds are still needed for the project in Jordan, but sufficient funds for the 1,000 Christmas meals initially planned for Christian children in Lebanon have been received and placed in a dedicated account. 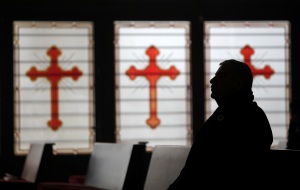 The full program cost for the meals, transportation for the children and a box of food for each child to take home to his or her family is $41,000. The majority of the cost is for the food boxes for the children’s families. The funds are being wired to our associate ministry in Lebanon as certain guidelines and goals are met. A local administrator who reports directly to our office on the progress of the program has been hired and has begun on the foundational work. Every dollar of the $41,000 required has already been moved to Wells Fargo bank, in a special account we use solely to wire funds to various projects overseas.

Our ministry partners in Lebanon are still pushing me to increase the program to at least another 500 children, but this cannot be done as yet, because we do not have all the funds needed for the children’s Christmas program in Jordan. I diverted all of the Christmas funds to the Lebanon program first, because it is quite a bit more complicated than the program in Jordan. The distances are greater and the travel can be more dangerous there.

The program in Jordan is still $22,000 short of the $35,000 needed, but I am confident we will have all funds by Thanksgiving Day. I know that the supporters of the Religious Freedom Coalition will fully support the efforts to help these Christian refugee children. When we achieve that goal and have all funds for the current plans I will make an appeal on social media such as Twitter and Facebook to raise another $20,500 for 500 more kids in Lebanon.

These programs are not without risk! The ministries and churches involved are endangering themselves by publicly hosting these Christmas dinners for Christian children. None of the ministries or churches will benefit other than spiritually. All involved are doing this work only to show Christ’s love to these children and their families in their time of great distress.

As I have mentioned in earlier letters, Syria was not a third world nation. Syria had an advanced modern society with a huge middle class; most Christians were educated, with good, often professional, jobs. Now, thanks to the Saudi royal family’s mercenaries, many Christian refugee families are living on dirt floors without heat in winter. The children for the most part are unable to go to school, although one of the ministries we work with is operating a school in Lebanon, running three shifts a day to try to educate as many of the children as possible.

My point is this: The Christmas dinners are not really about food; they are about the hope that comes through the birth, ministry, death on the cross and resurrection of our Savior. The children will not merely be fed, but they are to have an hours long program of Bible stories, activities, and Christmas hymns the children once sang back home in Syria or Iraq. Many of these children’s families fled Iraq for safety in Syria and built new lives there, only to have the Saudi royal family foment more hatred and Islamic violence in Syria. For a day, these children get back the church lives stolen from them. It is worth the risk for all those involved. I will personally attend some of the dinners in both Jordan and Lebanon to encourage the children and volunteers.

Less than 30 days to go and 75% of the funds are in! Please make the entire Christmas program possible in Lebanon and Jordan by helping today!